This August the newest rival to Overwatch and Fortnite got a major update. In Valorant’s Act II, we get a whole caboodle of goodies that change both visual aesthetics and gameplay of the tactical shooter. There also is a new agent.

First off, we get a new battle pass. It includes a bag of fresh cosmetics: weapon skins, sprays, unlockable titles, gun buddies and other bells and whistles to freshen up your image. 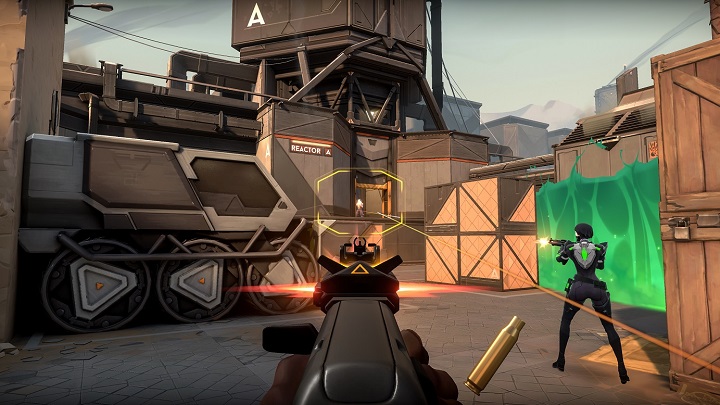 For instance, weaponry skins include Hivemind, POLYfox and Red Alert that will go along with the pass as a bonus. According to the authors, it was done to let the players, who can’t spend any money on the premium clothes, feel a part of the fun dress up party.

To get all these goodies, you’ll need to invest 1,000 Valorant points, which money equivalent is about $10. As a ‘cashback’ bonus, the deal will also provide you with a handful of Radiante Points — another premium currency that buys even more fancy outfits.

Another debut in Act II belongs to Glitchpop skins. It’s a collection of cosmetics inspired by the cyberpunk neon aesthetics and retro movies like Judge Dredd. Prepare to embrace the holographic beautifiers available for 4 weapons: Bulldog, Odin, Frenzy and Judge.

As for the gameplay, Act II has something else. Deathmatch mode will let you play with every Valorant’s weapon in existence for free.

The mode is hectic as it provides almost instant respawns, 8 seconds of invincibility until you fire the first bullet and 30 kills to get to win the match.

Finally, Valorant’s newest agent debuts as well. Her name is Killjoy, she wears big spectacles and a bright yellow jacket, likes to tinker with killbots, can throw a Nanoswarm grenade and even deploy a turret. Hurry and try her battle prowess until Killjoy gets nerfed.